CFB is a capacitor for adjusting the ripple feedback and influences the load-transient response. The optimum CFB values for L values are shown in Table 10. Selecting CFB values either smaller or larger than the optimum values will deteriorate the operation stability.

Influences of CFB in the XC9220C093 have been measured in the circuit shown in Figure 26. In this circuit, when RFB1 is 82kΩ, FZFB will be 10kHz with CFB of about 390pF. Load-transient responses varied with CFB are shown in Figure 23 (CFB=39pF), Figure 24 (CFB=390pF) and Figure 25 (CFB=1000pF). With CFB=39pF, the voltage drops sharply when the load becomes heavy but the normal voltage is restored shortly. With CFB=1000pF, the voltage drop is small when the load current is increased heavily but restoration of the normal voltage takes time. 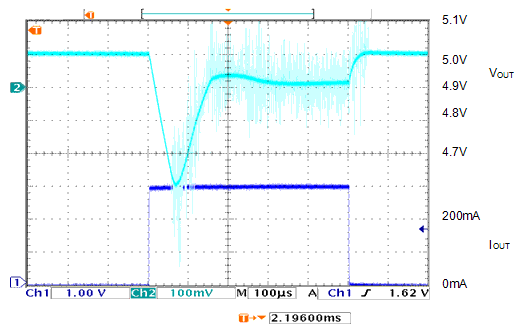 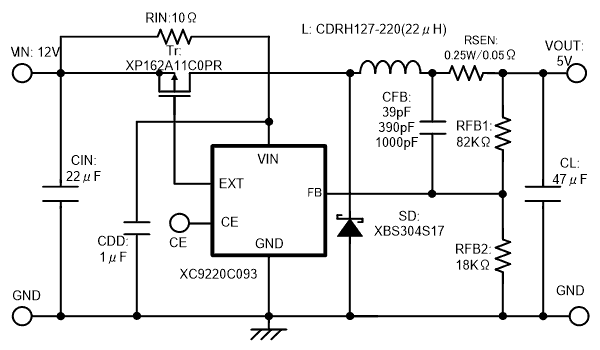 Figure 25: Relationship between RFB1 and CFB 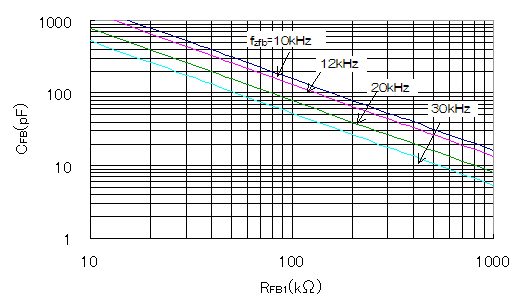