This section explains the control method and operation states of the XC9401 series.
To select external components, refer to section 6 for non-isolated circuits, or section 7 for isolated circuits.

5-1-2. Off-time fixed control and calculation of on time/off time

The XC9401 series fixes the off time of the external power MOSFET to 6.0μs (typ.) and controls the current that flows to the power MOSFET. During switching on operation, off occurs when the peak current of the coil or transformer primary coil is detected, and the next on operation starts after the fixed off time elapses. This sequence is repeated continuously.

Because the peak current of the coil is monitored by means of the ISEN pin voltage, the on time depends on the slope of the coil current or transformer primary coil current (which depends on the inductance value and voltage Vrec after full wave rectification during switching) and the comparator (PWMCMP) comparison voltage. Particularly in the B type, which is the source of the comparison voltage, changes continuously, and the on time changes accordingly. As a result, the switching frequency is dispersed rather than becoming a specific frequency, which makes it possible to reduce the EMI level.

The method of calculating on time / off time and the current waveform during operation are different in a non-isolated circuit and an isolated circuit, as explained the next section. 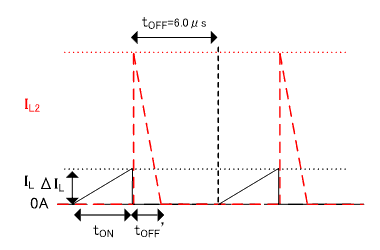 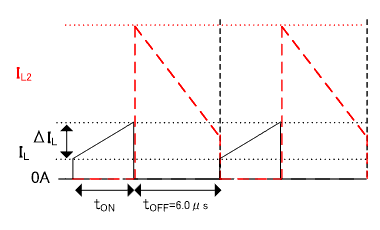 To allow PWM dimming to be performed from the EN/DIM pin, the XC9401 does not have a soft start function.
When the IC starts, the ISEN pin voltage is monitored by means of the external RSEN resistance and the peak current in the coil or transformer primary coil is controlled, so a rush current higher than the set current never flows.

Following AC power supply input, CVDD is charged through RVDD from the voltage Vrec that has been smoothed after full wave rectification, and this raises the voltage of the VDD pin. When the UVLO release voltage 7.5V (typ.) is reached, UVLO is released and normal operation resumes. (Fig. 17) 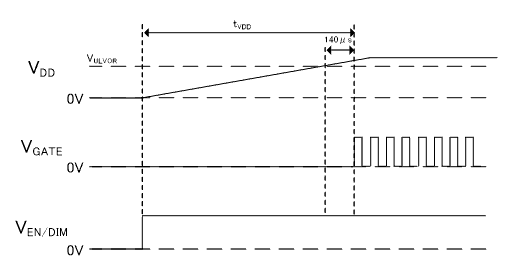 An approximate value for the time from AC power supply input until normal operation can be calculated using Equation (5). 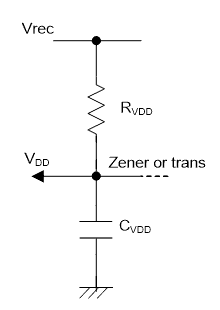 By inputting the PWM signal into the EN/DIM pin, on/off of the GATE output is controlled in synchronization with the PWM signal to perform PWM dimming. As a guideline, the frequency used for PWM dimming should be about 500Hz to 1kHz. The GATE output that drives the external power MOSFET outputs a signal 140μs after the EN/DIM pin voltage reaches the H level voltage, and thus a minimum on duty of 140μs or longer is required, and the maximum on duty less than 100% duty is one cycle minus 140μs.

When the switching current of the external power MOSFET is in the over-current state and the ISEN pin voltage reaches 0.7V (typ.), L level voltage is output to the GATE pin and the external power MOSFET is turned off. In addition, the off time is extended from the normal 6.0μs to 140μs. When the ISEN pin voltage falls below 0.7V (typ.) after the extended off time, normal operation resumes.

When a short circuit occurs between LEDs in a non-isolated circuit, the current slope of the coil (L2) during the off time becomes smaller than the slope during normal switching, and in an off time of 6.0μs, sufficient discharge cannot take place. The external power MOSFET Q1 always turns on during the minimum on time, so the coil current gradually increases. The ISEN pin voltage becomes higher in synchronization with the increase of coil current, and when the ISEN pin voltage reaches 0.7V, the off time is extended to about 140μs. (Fig. 20)

Fig.20 Over current limit(operation when a short circuit occurs between the LEDs in non-isolated circuit) 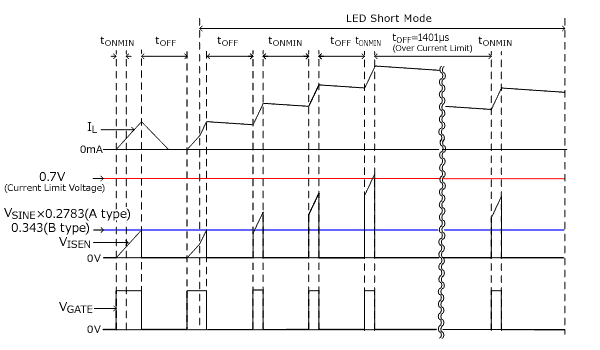 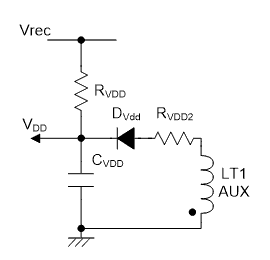 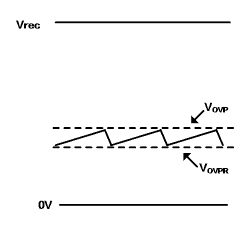 Torex Products in this article